We put your
Business
First

We aim to make your accounting as simple as possible so you can put more focus in growing your business.

We can assist you personally as an individual or your company, your trusts and closed corporations.

We will handle all your payroll requirements.

Want to register a new company or submit your annual CIPC return? We can help!

We use cloud software as a solution for businesses.

We use Xero, Sage, Draftworx, Receipt bank and Greatsoft, all these software’s have been carefully selected to cater for all our clients. The future is in the cloud, so we plan to be one step ahead in everything we do and partake in. Cloud Accounting makes sense and accommodates everyone, especially those constantly on the go but still want an inside scoop on their businesses at all times.

We have two branches in the Cape Town Area, you can make an appointment at which ever branch is closest to you and your business.

Who is Tax Monitor? Watch this message from our Founder Keith Cullis.

Get an inside look of who Tax Monitor is and where we came from. 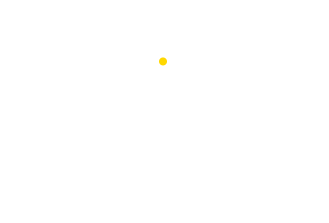 Leaders In Cloud Based Accounting

Tax Monitor was founded in 1998 by Keith Cullis in Harfield Village, Cape Town. Keith’s initial clients were from the film industry when he then quickly realized the need for Tax Accountants in which he then furthered his career by creating Tax Monitor CC.

As Keith’s client base grew, he continued to apply his philosophy, treating every client individually, while adding skilled services which met his client’s demands. As the company expanded, Keith recruited highly committed and educated staff – staff who understood that no matter what happens, the customer is always placed first and given the very best in service and support.

We are partners with some of the best accounting and tax softwares out there. We take pride in being able to actually add MORE value to our clients and their companies by using these softwares to enhance their businesses.

"We have been with Tax Monitor for +/- 3 years, and for the first time I have peace of mind regarding my tax affairs. Financials, Tax assessment and PAYE  is done on time and a wealth of knowledge is imparted on me, by friendly and well-educated staff . Arbitrage without risk!!"

"Since I have been doing business with Tax Monitor we have had wonderful advise, professional friendly service and turned a profit. Thank You Tax Monitor!!! Peter Tuecheut"

"Tax Monitor has been our trusted Accountants for many years, they give us peace of mind knowing that our tax, accounting and payroll needs are safe in their hands. They are always friendly and professional, We highly recommend Tax Monitor."